"Compare the grey on the duck's chest with the color of the drilling fluid..." 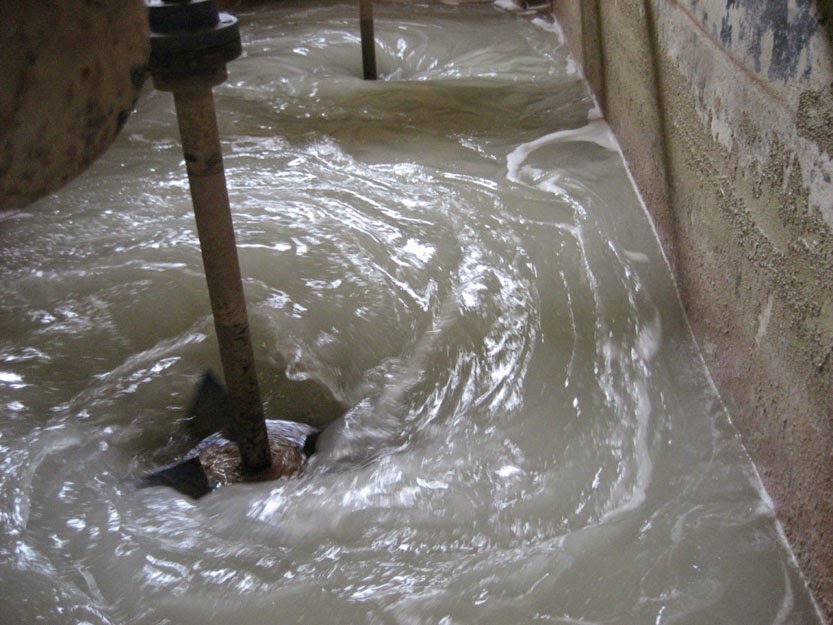 Strong indications have surfaced that a type of drilling mud is a likely source of the "Mystery Goo" that killed and injured hundreds of Bay Area seabirds this winter. All five of the goo's chemical components are present in the type of drilling mud described in detail in this patent application.*

Drilling fluid, or "mud," is a concoction of liquids and other materials used in drilling boreholes into the earth. The main function of the viscous liquid is to provide back pressure to prevent other fluids from coming up, to bring cuttings to the surface, and to lubricate, cool and clean the drill bit. Well-drilling involves drilling mud and waste mud must be disposed of. Here's a video illustrating how drilling mud works: Click here for Youtube clip on drilling mud.

Laboratory analysis of the Mystery Goo was reported by California Fish and Wildlife's Janna Rinderneck to contain five types of material: "silicone fluids, tung oils, resins or rosin oils, animal fats, and edible or inedible seed oils from plants." All five of these categories are present in the type of drilling compound described in detail in the above patent application.

One-hundred percent is a pretty strong indication that some form of drilling mud is repsonsible for the Goo.


How did drilling mud get into the waters that surround Alameda where the bird massacre occcured?

Last year, two large drilling contracts were let in Alameda--one by the Department of Public Works for replacement of a sewer line in a lagoon seawall** and the other by Alameda Municipal Power for running conduit across the Oakland-Alameda Estuary to Coast Guard Island. The CGI project began and ended before the October 12 sludge spill.

The project schedule for lagoon seawall sewer line replacement calls for contract award Sept 2, in plenty of time for a hemorrhage of drilling fluid into the lagoons to occur before October 12.

Alameda Public Works also conducted major lagoon dredging in the months prior to and including the first two weeks of October, 2014.


The photo at right reveals the apparent use of a white foaming agent and/or a surfactant to clarify lagoon water after dredging.

A well-drilling surfactant matching 80% (4 out of 5) of the Goo's chemical components shows up in a 2007 patent application.***

Around the same time the grey and white foam was photographed floating in the lagoons, a plume of foamy grey sludge was reported in San Leandro Bay. The lagoon foam, the San Leandro Bay sludge and the Bird Goo all are grey.

Compare the grey on the duck's chest with the color of the drilling fluid in the top photo.


On October 12, 2014, the plume of sludge was seen entering San Leandro Bay from the direction of a lagoon portal just west of the Otis Street/Bay Farm Bridge. The plume was observed moving from there into and down the Oakland-Alameda Estuary toward San Francisco Bay on the outgoing tide. (See below for a map depicting tidal currents around Alameda.****) By mid-January, 2015, hundreds of seabirds caked with a grey goo of unknown origin were found near Alameda.

Alameda Public Works was in charge of lagoon dredging and water clarity and also of the seawall sewer project that entailed the use of a drilling fluid, possibly the type described in the patent application mentioned in the first paragraph of this page. Did the seawall drilling project expel a ton of drilling mud into a lagoon? Was that covered up by lagoon dredging and then cleaned up with a foaming agent and a surfactant?

Eye-witness observations, visual characteristics, time frames and the lab analysis of the Bird Goo all support a connection between the Goo and Alameda's lagoons and drilling projects.

Public Works has some questions to answer.

****Here is a map and discussion of Alameda's tidal currents: Click here for explanation of tidal movements